I'm attempting to post sync an AVI file of high speed photography to some dewe data in X2 SP5. It appears to sync correctly, but when I attempt to play the video, I continue to get "No picture" in the video window. The video was taken at 500 FPS, which I entered into the frame rate box when I click post-sync. Are there any known existing issues? What other information could I provide to assist in troubleshooting?

we have recorded video with 500FPS and tried importing it into DEWESoft X2 SP5 and it worked normally.
Would it be possible for you to send us the video file which we can then try to post-sync?

On the private forum, the files up to 2GB can be uploaded.

Unfortunately, the video I have is proprietary.

Would it be possible for you to post your test footage and data so that I can attempt to post-sync on files that are known to work?

If posting those file are not an option, is it possible to share a video of the setup process itself in DEWESoft?

Is there a limit to the size of the video? The AVI was 5gb, but when I cut it down to the first 1000 frames (2gb), I was able to see the video.
Also, I noticed that in design mode I am able to see the frame the video should be on, but no image is showing when I attempt with the 5bg version. 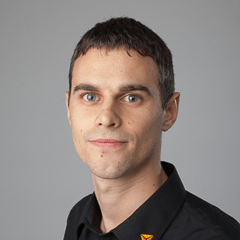 we tried to reproduce this issue with a 5 GB avi file and we didn't have any problems with post synchronization and there was always a picture shown.

Could you please tell us the specifications of your computer, because this might be a memory issue.

I installed SP6 and was able to sync the full video, but only by selecting 'from trigger' as the trigger time in the synchronization parameters. My video is triggered separately, but is stamped from the same time sync. I have been trying to select "from abs. time", but have been unsuccessful in setting the video start time to a time other than the trigger. For example: the Dewetron system was triggered at 19:28:03.546, but the video was triggered at 19:27.58.645, I attempted to enter that as the absolute trigger time, but no frames appeared when the cursor was moved over the appropriate time. If I switched to 'from trigger' and moved the time cursor to the trigger, the frames would appear.

I have attempted all 4 trigger time options, with the full and shortened videos, and have only been able to see the film frames if "from trigger" is the post sync method.

Thanks for your help on this!!

we tested this issue with two different cameras (directX and Gige), but we were still unable to reproduce your issue. We didn't lose any frames in each synchronization option.

I would like to ask you if you could send us a datafile and video, so we can try to reproduce this with your setup. If the video is proprietary, could you try and create a video that has this issue and that you can send it to us. If this is possible please post the video on the private forum or put it on our ftp server (instructions attached).

I tracked down the issue. The time stamp on the video did not match the time stamp on the data; with the proper shift, the video synced using the absolute time option. I did noticed that for my case, a fast on trigger, slow otherwise; if I tried to sink the video before the high speed data starts the video frames would not be shown. If I synced the video such that the start of data recording occurred in the middle of the video, only the second half would play. This is not an issue for me currently, but more of a curiosity that might affect someone else.

Also, a 'nice to have' might be an option to have the cursor remain stationary in a given time window during playback and have the window shift in time. This would be helpful for visualization and exporting screen to AVI in the case when video is being paired with a recorder so that one can see the incoming data before it reaches the yellow cursor. For example, if I see an upcoming spike in recorder data, I can look to the video to see the effect.

Thanks for your help!